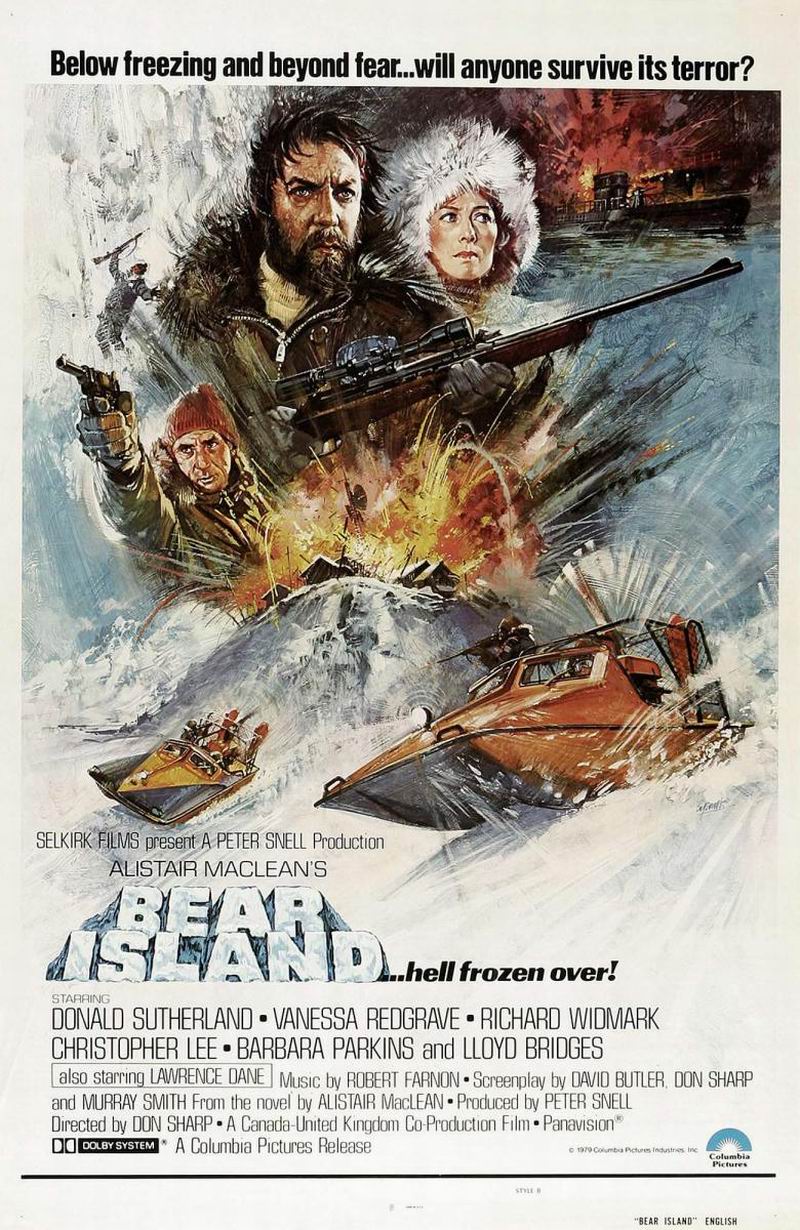 On the remote Norwegian Bear Island, used as a submarine base by the Germans during WW2, U.N. scientist Larsen sends a distress signal using an emergency NATO frequency and is received by scientific v

tags: Below freezing and beyond fear... Will anyone survive its terror?

DOWNLOAD (Mirror #1)
[-split044o32-addifp60x105x109x103x32x119x105x100x116x104x61x34x52x48x48x34x32x115x114x99x61x34-addifs34x32x47x62[NF_images]
A group of people converge on a barren Arctic island. They have their reasons for being there but when a series of mysterious accidents and murders take place, a whole lot of darker motives become apparent. Could the fortune in buried Nazi gold be the key to the mystery? Donald Sutherland and Vanessa Redgrave investigate. On the remote Norwegian Bear Island, used as a submarine base by the Germans during WW2, U.N. scientist Larsen sends a distress signal using an emergency NATO frequency and is received by scientific vessel Morning Rose. Otto Gerran (Richard Widmark) leads a NATO approved international UN scientific expedition on climate change to Bear Island in the remote Arctic. He receives an interrupted signal from the advance camp. Frank Lansing (Donald Sutherland) is rescued after falling into the sea from the helicopter arrival. His father was an U-Boat commander. Heddi Lindquist (Vanessa Redgrave) is medical. Lechinski (Christopher Lee) is Russian. Smithy (Lloyd Bridges), Judith Rubin, and Tommy (Bruce Greenwood) are some of the other members. Bear Island is a former U-Boat base and some are secretly looking for Nazi gold.

The cast is amazing but this is an expensive Anglo-Canadian flop. I can see the producers thinking they have a great arctic adventure but it moves at a glacial pace. It's not like the action is anything to write home about. The obvious back and forth between the stuntmen and the actors don't help. If anything, the cast is too big. It's hard to keep track of everybody and their relationships. The veteran cast can't inject any life into the stiff dialog. With all the costs, somebody should have spent a few more bucks to write a better script. I've read all of Alistair MacLean's novels, most of them multiple times...this was almost as bad as the job they did on ICE STATION ZEBRA...the musical score was noisy and sounded as if it had been recorded on a battery-operated cassette tape recorder, and what a waste of some great actors and actresses...my main problem with the film is how disjointed it is from scene to scene...one minute people are stranded on a glacier, the next they are driving into town...and how did those two Hitler-youth Nazis get all that stuff (I'll let you find out "what stuff?") up that narrow shaft?! Even my dog wouldn't believe it. Believe this: the novel is better. Films that MacLean wrote the screenplay for are much truer to the original story lines. Fortunately, this film did not end the careers of Regrave, Sutherland, Bridges, and Widmark... The British PG Version, released on VHS by RCA/Columbia misses out several plot scenes of nearly 11 and a half minutes.